3 Things To Avoid If You Sell Panties Online 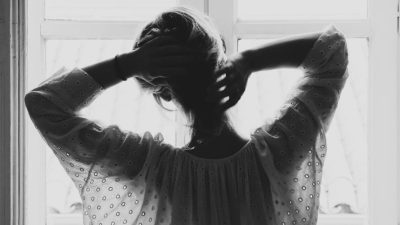 Before we begin today’s blog of what not to do if you are selling used underwear and panties online, let me say that I am totally guilty of all of the things I’m about to suggest you don’t do.

Because when you’re new to this game – and you have nobody to ask – you make mistakes.

So I’m hoping by sharing this I will spare at least some of you the same fate.

Never trust a man who doesn’t respect you enough to pay you for your work. Not gonna lie, some men can be manipulative arseholes that are just out to get off for free.

Even you discussing your panties with them is enough to do it for them.

I know, not ideal.

That’s why the conversation must be kept on point if you feel it’s going down that road of them getting off on your labour whilst not paying you. I’m going to cover THAT in next week’s podcast episode.

But please never believe a man that says he will pay after you give him what he wants.

Not unless you have an existing customer relationship where you trust his circumstances.

But really, no pay, no play. Period.

2. Don’t Price Your Items Too Low

I know, I wax lyrical about this all the time. But it’s a false economy.

You think if you price yourself low, more guys will buy.

Don’t get me wrong. Of course, some guys will be more than happy to pay you that price.

But you’re going to need two or three times more customers to make the same amount of income as someone selling at $30. It’s not sustainable long term.

If you sell at $10 and your panties cost say, $2-3, and the price of packaging and posting and your time doing that, that’s a pretty measly (if not deplorable) wage for a fetish item, don’t you think?

You’ll end up attracting all the cheap-ass clients who want to negotiate and haggle on prices and deals and let me tell you, that shit is EXHAUSTING!!

Wouldn’t you rather attract the guys who are happy to pay you your worth??

I know I would.

Now, like I said at the beginning. I made this exact mistake. I priced myself too low. But you know what? I didn’t sell that many. It wasn’t like guys were knocking down the door to buy!

And I felt rubbish.

I wasn’t earning as much as I should for the effort I was putting in to creating a good product.

Just start as you mean to go on. If anything your prices should always go up, not down!

Without a doubt, this is the most important thing I’ve realised when it comes to selling panties online.

Never ask him to buy.

Never copy and paste a response.

Look at pigeons. I know, where am I going with this?

When you watch a male and female pigeon notice how the male always chases the female.

The male pigeon wants to chase the female.

Now I know, this is the 21st century and equality aside, this still translates in this field as we are talking about sales from a female to a turned on male.

Let him do the chasing.

I never, ever, ever try and sell. (Now. Like I said, I fucked this up in the beginning.)

Even when a guy tells me he likes a particular pair of panties. I’m all like “Aw, great. Thank you. I like them.”

I let him tell me he wants to buy.

Then, and only then, is it business.

Right up until that point, it’s pleasure.

In my experience and in my opinion, guys are turned off by you trying to push the sale.

Just leave them alone. Let them come to you.

Now I don’t mean sit there and wait. By all means go out and talk to people (this is especially true on the platforms where you can interact with customers and I have a training on how I do that on PantyDeal.) but don’t push the sale. Ever.

Those are the three biggest mistakes I made that hopefully you won’t!

If you enjoyed this blog post then feel free to connect with me on instagram or check out the podcast.

Yesterday was a pretty quiet day. I sold two videos and made $18.
​