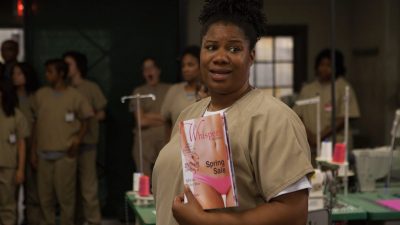 How long have you been selling used panties for?

I started selling in May of 2019. So only three months.

How did you find out about it?

The first time in my life I heard of panty selling was watching Orange Is The New Black several years ago. I had no idea that worn panties were a fetish until that. But over the last year, one of my co-workers has mentioned that she occasionally sells her dirty socks on Reddit. In May I was scrolling through social media and saw an article (I think it was Buzzfeed, but if not it was a similar site) about selling used panties online. I just decided to try it and see what happened.

Where do you sell?

I’m on PantyDeal and Scented Pansy, as well as in a Kik group.

How many hours per day do you spend selling?

I would say it averages out to about 2-3 hours per day. I try to stay ahead of things and take photos/create content on my days off from my full time job so I can stay active throughout the week.

Why did you decide to sell panties online?

I wanted a little bit of additional income, and I figured I’d give it a shot. I wear panties in my day to day life anyway, so why not sell them?

Do you sell additional items or just panties?

I do. I sell all wearables, and have sold digital content as well as girlfriend experience. Most of the digital content was sold through Kik groups. But currently, I’m not offering anything other than wearables and premade photos. I’m going through that internalized guilt you posted about a few weeks ago and feeling that “good girls don’t do this” thing.

What do you enjoy about panty selling?

I like the attention I get from it. I like knowing that something so personal to me is what’s getting someone else off. Also, it gives me a bit more financial freedom than I had before I started.

What is challenging or difficult about panty selling?

Setting boundaries was, and still sometimes is, hard for me. I’ve done a few things that have made me uncomfortable. Some of them I won’t do again because I didn’t like them, but I think a lot of it is just feeling like I’m putting myself and my body on display for judgement. But I’ve only had one buyer make me feel bad about myself, but he was from a Kik group and lashed out and insulted me when I wouldn’t budge on giving him anything more than what he paid for.

Another thing that’s difficult for me is not giving too much of my time to “potential” buyers. There are a fair amount of time wasters, and at first, I talked to everyone because I wanted that sale and those good reviews. Now I’m much more selective in my conversation.

What’s your advice to someone just starting out?

Don’t get discouraged if you aren’t immediately making sales. It took me a month to make my first. I actually canceled my premium membership on panty deal for a few days, but when I decided to give it another go I made a sale almost immediately.

Also, know your worth. It can be so hard when you see other sellers making a ton of sales and you aren’t. But the thing is that there are so many sellers that sell so cheaply. It’s just not worth it to me to do that. I’d rather have buyers that appreciate my efforts rather than those that just want the cheapest thing they can get from me.

What, in your opinion, does it take to be a successful panty seller?

I think really it just patience. It’s difficult to get started on a platform when you have no reviews. Make sure that when you have an order, you actually deliver on it. You should be able to stand behind your product, so don’t cut corners if you’ve agreed to something.

How much (on average) do you/have you made per week/month?

Do your friends/family know about what you do?

A lot of my friends do, and my boyfriend does. My friends are super intrigued by it, and my partner is very supportive.

How long do you think you will do this for?

I’m not sure. Until I’m no longer invested in it, I guess. I haven’t given myself a time limit.