How Much Money Can I Make If I Sell My Underwear? 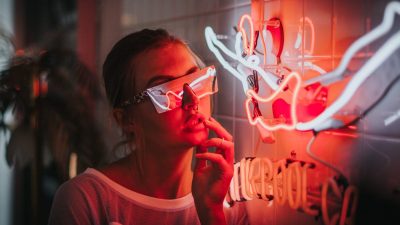 ​Have you heard the one about the first guy that ran the four-minute mile?

It’s the story you’ll hear about in loads of self-development books – of which I’ve read about six million!

So the story goes that before a guy named Roger Bannister ran a mile in four minutes, nobody thought it was possible.

Everyone just believed that it wasn’t possible for a human to run a mile in four minutes.

And the world went fucking crazy.

Can you guess what happened next?

Yep, every other fucker started running a mile in four minutes. Now the record is 3 minutes 43 seconds (in case you’re wondering).

Now that someone had done it, everyone believed it was possible.

It changed everyone’s beliefs around what was possible for them too.

What the actual fuck has this to do with panty selling? (I know you’re wondering.)

So here’s the thing.

When I first started selling online, I was fucking delighted if I made $10 in a day.

That was a very exciting day.

And then my first day earning $30.

I was pushing my own limit of what was possible.

Of what I BELIEVED was possible.

I didn’t have lots of women to talk to at that time to find out what was the norm. I just knew what the norm was for me.

And this wasn’t even every day. This might be every few days.

Then I got to selling mostly every day or every other day.

And then I made four figures in the first month.

And THEN, then I hit my first ever 3 figure day.

Now some of you reading this will scoff and others might be impressed. It doesn’t matter because to me, that was a huge fucking deal.

And I began to believe that something different was possible.

Do you get what I’m saying here?

It’s not about what someone else is making. Me or anyone else.

It’s about what you believe is possible for you.

Maybe even four figure days! 🙂 Why the fuck not?

I know that each of us have earning potential proportionate to how much time and energy we are willing and able to put into this business.

How far are you prepared to go?

And once you alter your beliefs around what’s possible it makes it much easier to slip into the belief system that will support you to make the sales.

Don’t limit yourself around your thinking as to what’s possible for you.

Know that more is always available to you.

What are your current beliefs around your earning potential here?

I’m not talking about crazy media stories (largely made up and spouted by panty selling platforms) that a woman made $5000 on one pair of pants. Those kinds of stories are not helpful to the industry.

But really, what’s the most you’ve made in one day?

Can you see yourself doubling that?

What would it take for you to receive that amount of money?

What would that panty seller be doing? Thinking? How would they be acting?

That’s what you need to start focusing on.

p.s. if you haven’t subscribed to my free panty selling training then please hook yourself up in the training page!