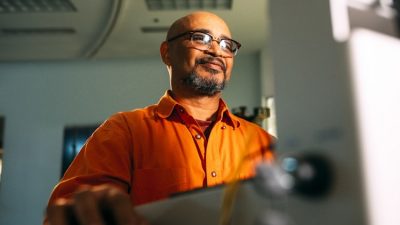 How long have you been buying panties?

Where do you buy from?

I mostly buy direct from sellers and models on Twitter. I occasionally use the dedicated sites but much prefer Twitter. Many Porn/Glamour girls are on Twitter so its a good place to get to know them and ask about panty sales.

How often do you buy a new pair?

Every week, usually multiple pairs at a time.

Do you buy additional items from sellers? If so, what?

What do you look for in a panty seller?

A lot of panty buying for me is getting attention from women so some interaction always helps. I will buy from sellers who don’t particularly want that because I want the panties etc they wore in magazine shoots but those tend to be one-offs and they aren’t panty sellers as such, it’s just a sideline. I have bought the most panties from women who do that interaction and who I find particularly exciting – I have 100s from some models – again for them it’s just a sideline but they still go the extra mile.

What turns you off from wanting to buy?

Nothing really, I have well over 2000 used panties, I always want to buy. It’s not a scatter-gun approach though. I know what I like.

What advice would you give to a new seller?

Just be yourself, don’t push but just interact. I guess there are as many different panty needs as there are buyers, don’t try to be everything to everybody.

What advice would you give to a new buyer?

Just go for it. It’s probably quite a step to take for somebody who thinks that’s what they are into but isn’t sure how to go about it. Sellers are great people, find the ones you like and just buy. Also don’t be an idiot.

Do you think the market is saturated with sellers?

I think from the pure panty selling side it is. I mostly buy from Porn/Glamour models

What is the future of buying used panties online do you think?

I really don’t know – kinks are very weird, you can’t satisfy everybody. From both the seller/buyer perspective a way to cut down on the scammers and fakes would be good. I have no idea what form that would take though, certainly any exclusive “confirmed buyer/seller” system would put off newcomers. I mostly buy through Twitter and because I post a lot about buying panties I have good provenance on there.

Selling Your Used Panties Online - Seller Interview
How Do I Sell My Used Panties?
What To Do When Your Sales Are Falling...