Panty Selling – Time-Wasters And The Thrill Of The Chase 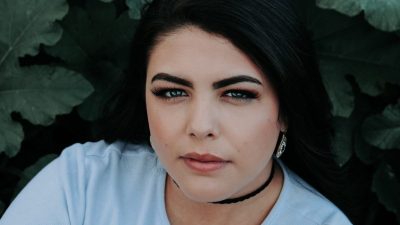 So one of the things that I KNOW bugs the living shit out of panty sellers is the notorious time waster.

And the reason I know, is because I’ve been there.

We’ve all been there, right?

You’re talking to a guy and it looks like he’s ready to buy your underwear. And then you bring up payment details and *POOF* he vanishes into thin fucking air.

Or worse, a guy starts chatting to you and then the conversation goes on and on (over days, weeks and months) without him buying anything from you. The conversation isn’t sexy or anything, it’s just normal day-to-day stuff. It’s just, it’s going nowhere and you don’t remember signing up for more friends and KIK messages to reply to, right?

And do not get me wrong, I’m all about building relationships (more to come on that) but there’s a difference between getting to know who you are buying from and just chit-chatting over days and days and days. Nobody has time for that. I mean, we have lives and friends and families and jobs and all that. It’s hard (and unfair) to have to get to know potential buyers solely on their terms and even, crazily, feel bad for not replying to their messages.

*Sidenote: – if you get any hassle or snarky remarks from a guy for not replying to him straight away, shut that down. That’s bullshit right there.*

And you’re sitting there thinking, WTF? Another time waster. And you get pissed and annoyed and sometimes accidentally bring that energy to the rest of the guys you converse with that day/week/eternity/whatever.

So here’s the thing.

As I have and will probably continue to mention on the podcast, time wasters are par for the course. They are an unfortunate byproduct of selling your panties online and no amount of clever wording in your profile description or kick ass attitude is going to make them go away any time soon.

That said, you WILL over time receive an honorary PhD in proficiency at detecting and identifying a time waster in record timing and happily be able to avoid the pitfalls of feeling like you just spent your time and energy getting a guy off for free. (Yay! Good news, right?)

Hmm, but also, I still fall foul of them. Some of those guys are fucking ninjas at wasting your time under the pretence of sale. And some use crazy tactics to reel you in – more on THAT another day.

Well, I asked a few men who buy used panties what was so interesting/exciting/appealing about the whole panty buying thang and my interest was piqued when part of one of the responses was as follows…

“[I love] the chase, the excitement of looking for girls to buy panties from. But it also means that actually receiving the panties is often less exciting, the most fun part being the naughtiness of looking for and the act of buying the panties (probably why some never actually buy, since simulating it already gives them all the excitement they wanted), less fun actually receiving them.”

I mean, it’s not exactly ground-breaking news here. We all know that some guys are just getting off on having the conversation.

But it’s legit science. It’s been proven that if we tell ourselves we’re going on a diet tomorrow that we actually get a hit of excitement in our brain telling us we’re on the diet and reaping the perceived benefits – even though we haven’t done anything yet!

So for the guys, the act of looking for the woman and having the conversation is akin to them actually doing it. Their brain thinks they’ve bought the panties so they get off and then it’s time to wave goodbye.

Because you’re probably asking yourself how you avoid wasting time getting guys off for free when they should be fucking paying you.

It’s not like you can charge to have the conversation, right? But I’m curious if there’s a way we can feel as if we’ve at least got something out of the transaction – let’s leave that for another day.

And like I said, some of them are so skilled in coming across as buyers that they deserve Oscar nominees.

None of these guys are going to wake up tomorrow and respect you and your time because maybe, as far as they’re concerned, there are plenty of guys legitimately buying from you so one little time waster (them) won’t hurt you.

Or maybe they convince themselves they genuinely were going to buy.

Fuck, maybe they were!

We can get ourselves in knots thinking, if only I’d said this or not said that I would’ve made the sale, right?

They make you question yourself!!

And that’s never a good thing.

But if you’re having a day where you’ve had no sales or even 2 or 3 of these guys in one day, it’s no fucking wonder women give up and leave panty selling to other women (who’ve probably grown equally cynical and harder because of these experiences, let’s be honest).

So what can we do about it?