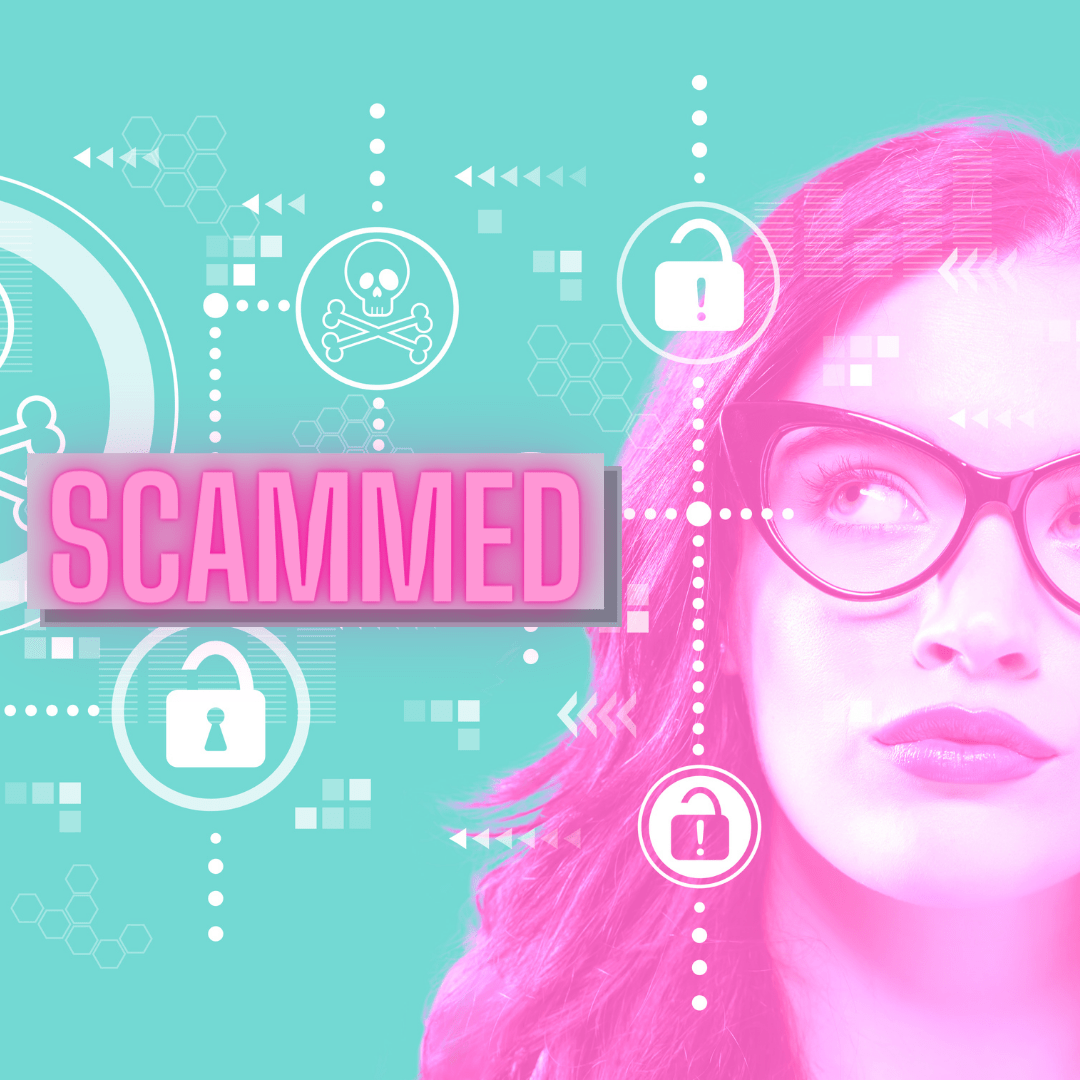 There’s no easy way to start this blog. So, here goes nothing – I got scammed selling my used panties online.

Actually, technically, really scammed and this was not your typical “sugar daddy” scam. Honestly, this was kind of the opposite of what I would have ever suspected to have been a scam. But, it happened and I’ve been selling for 6 months now so I thought I knew how to spot a scammer, pretty much immediately. I want to share my experience so you don’t end up falling for the same scam as a used panty seller.

I joined All Things Worn the first week of January 2021. I got my shop setup pretty quickly, and was getting involved in the community and learning about the site. Well, after about two weeks, I noticed that this one particular buyer kept visiting my page. So, I reached out and just introduced myself, said hello.

No reply, which happens, so no big deal.

However, he was still lurking so I messaged him again and this time, he replied.

How It Was Going

So, hell yeah, he was ready to order and I was excited that the extra time messaging back and forth was going to pay off.

Also, I had only one or two reviews that I wanted to build upon and it didn’t hurt that he was charming and easy to talk to.

He ordered my favorite pair of Minnetonka Fur Lined Moccasins that I have had and worn probably at least once a day for years. He wanted them worn for 3 weeks and he wanted a custom JOI video sent the Friday before I would have mailed the moccasins.

Now, three weeks is a pretty long wear and would prevent me from fulfilling other footwear orders which would in turn, cost me money. With that in mind, I gave him a price in which I felt was going to make me happy. The total came out to be $180 plus he would also cover the shipping costs to Australia.

He asked me if he can send $110 now and the rest before I mail the moccasins. Honestly, he had a few great reviews, had been on the site for a while so I agreed.

He paid me the $110 and I wore those moccs every damn day for two weeks!

We chatted via KIK on a regular basis, and the Friday that I was going to create the JOI video and send the moccs out, he asked me if I would wait one more week. Supposedly, he was in the middle of buying a house and so whatever, I didn’t mind.

He owed me $70 but for the most part, it never crossed my mind that I could be getting scammed. Fast forward a week, he asks me for the JOI video and we agreed that he would send the rest of the money that same day. So, I go ahead and film his video, send it to him, and he tells me how much he loves it. I ask him for the shipping address and remind him to send me the rest of the money he owed me PLUS the postage.

And just like that it ended. He didn’t respond that day, nor the next when I asked about the payment again. Within 48 hours, he deleted his profile from All Things Worn and I couldn’t get any messages through to him on KIK. That’s when it hit me. I realized in that moment that I had been duped. He’s not going to send me the rest of the payment. He got his JOI video, I guess he got off on the fact that I wore my moccasins for 3 weeks and that’s it. Never to be heard from again!

As a sex worker, there is one “Golden Rule” and I know it. I’m pretty sure everyone does, or should anyways.

ALWAYS receive payment up front, and NEVER send anything without receiving FULL payment.

It’s simple and it was my mistake.

I really don’t even have an explanation as to why I strayed from the golden rule.

Maybe because it didn’t seem to be the average scam? I’ve always heard that nothing is ever as they seem. I mean, sure, I made $110 but I also wore those moccs every single damn day for 2 weeks and put a lot into the JOI video.

So, I worked hard for that money and at the end of the day, a scam is a scam. I don’t know why or what caused it to go that way. I don’t know if that was his plan from the beginning but either way, I was scammed by him. I learned a lesson that I really already should have known, but apparently needed a reminder of and I just have to accept it as growth. I’m surely not going to cry about it. Anyways, don’t be me! Lol there are “levels” to scammers I feel like so we have to stay safe and smart!