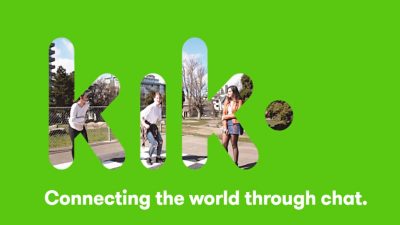 I received a message from a seller looking to get selling her used underwear on Kik groups.

If you didn’t know, Kik is a messaging platform where you can message without sharing your phone number. It’s easy to use and it has a lot of selling groups! A LOT.

The problem is, and I made this mistake myself, if you search for them and join, you’ll get booted out pretty damn quick.

That’s because you haven’t been invited and normally the sellers in the group either aren’t looking for new sellers or they don’t know you from Adam, let alone trust you to join their group and abide by the rules.

I had ZERO idea how it worked until I was promptly chucked out of ten groups and felt a bit of a fool.

The thing about Kik groups is, you have to be invited into them OR you can start your own.

In order to be invited, you have to prove you are a decent seller, that normally means getting known in the field and being trusted – this may require you to have a certain number of reviews.

Some women ONLY sell on KIK but I’m sure that’s not where most of them start out.

You’ll have to get to know some sellers who run or are in KIK groups in order to be invited to join.

You can even post that you are looking for groups to join – or if you decide to start your own you can advertise that you’re looking for other sellers to join.

Normally you’ll be invited to agree to some rules – along the lines of not undercutting other sellers, not posting over the top of other sellers and abiding by certain criteria on what is ok to be posted i.e. nudity etc.

So to answer the question, you need to become a seller on a platform or place where you can connect with other sellers. Put the feelers out and see who is looking for sellers to join Kik groups. Even better if you have something great to offer the group. Perhaps you are on a timezone similar to some other members or you operate in a niche that would complement the group.

But mostly, avoid just joining groups that you aren’t invited into. Most of the time you aren’t able to message the admin to ask before you are booted out 🙂