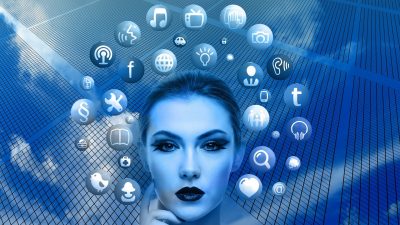 Social media is obviously very important for any business and that goes for sex workers too. Although obviously we’re much more constrained when it comes to using social media to sell panties than your average hedge-cutting business!

But just how useful is social media for selling?

As you know from the recent podcast, I’m now concentrating on building my following on Twitter.

Do I imagine that I’m going to be solely selling through Twitter?

Yes, a good number following you instils trust in your buyers. There’s a big difference between 50 followers and 5000.

Being able to demonstrate that you’ve been at this game for a while, showing up every day and that people like you is important in this business.

But of course followers doesn’t mean shit if there’s no engagement.

You still need to engage with prospective buyers and other sellers.

If someone is retweeting your stuff, thank them.

Retweet content and show love to other sellers and buyers.

Which leads me on to the second reason.

Every avenue ought to be explored at least once. Things like Craigslist and Gumtree are useful for finding buyers. Almost every online community will have guys interested in buying panties. The trick is using those sites without getting closed down. Sometimes it’s like a game.

How quickly can I find some buyers before I get shut down? 🙂

Guys who want to buy panties will be hanging out on Instagram and Twitter, following sellers and finding their next purchase.

You can of course start following the followers of other sellers to get you started.

Community is my bag. I like to feel involved and included. I like to know what’s going on in my industry and so following sellers is just as important as having buyers follow me.

When you’re actively engaged in platforms and social media you get to know what’s going on as well as scams to be aware of. So social media can help you avoid risk and mistakes.

Yes, there are time wasters.

Yes, it can be very distracting.

But it’s also just one string to your bow when it comes to building an audience.

And if you’re on Onlyfans then you NEED this kind of avenue to be able to promote the shit out of it.

I wouldn’t choose to only sell on Twitter but I do like that it’s running alongside my other options.

Instagram is basically bullshit for panty sellers (and sex workers in general).

If you’re a seller using hashtags like ‘pantydeal’ or ‘pantyseller’ you’re basically wasting your time and getting shadowbanned.

You can’t find me on Instagram unless you type in my exact username.

I tried selling on Instagram a few times but either got shut down or had my friend find me by being a follow suggestion. YIKES!

Instagram works well for the business because it’s a visual platform but it’s so anonymous that you can end up with a lot of DMs with dicks and marriage proposals from distant lands.

When I did sell on Instagram I think I made one sale. Not worth it. A lot of hassle and there’s the constant threat looming of being shut down.

But that said, there are sellers with 40K+ followers so they’re obviously going undetected.

I’ve never used Snap so I can’t comment on it.

I know some sellers trying to sell through Facebook market place.

Again, you’d want to set up a fake profile because Facebook is fucking linked to everything and you run the risk of being exposed or friends/family finding out what you do.

Setting up a fake profile isn’t all that easy but some swear by it as a good way to make income on the marketplace.

eBay isn’t technically a social media platform but it’s worth mentioning that a lot of sellers are having their adverts removed and their accounts shut down for posting adverts.

You have to be so subtle as to run the risk of not being found but if you’re game and you don’t mind your account shutting down you might want to give it a go.

Depop is another platform I tried. I got a few leads but no sales. Again, I got shut down. You need to be super subtle about your postings.

Pinterest is perhaps an untapped market. I don’t know how many buyers are using it but it might be worth a try. If you have a website you could start using pinterest or at least investigate the different options. Likely to run counter to their terms but if you could be subtle then it’s another possibility.

KIK – not really a social media but this is a great way to make money selling panties in KIK groups. I’ve already posted a few blogs about this and a few podcasts.

Overall I prefer Twitter for adult work. It’s the most accepting and open community for sex workers…for now anyway!