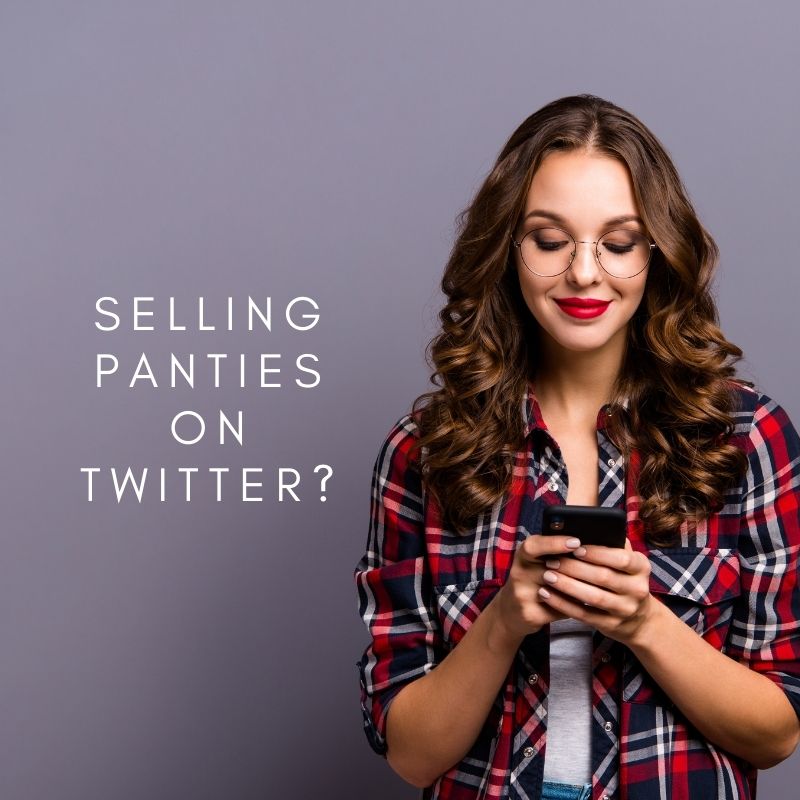 I got this message from a new seller:

“I have a Twitter related question. I just got on Twitter after hearing you talk about how useful it is in building a following. I went and followed a bunch of people that you follow and I’m seeing a lot of nudes (or even more explicit content) being shared. I don’t have a problem with it if that’s what they want to do but that can’t possibly be the only way to attract followers? I don’t want to give up that much for free so early.

This is a great question.

I know exactly what you’re talking about though. I’ve seen things on Twitter I didn’t even know were a thing and I’m 41 years old! Twitter is an education for sure.

There are two camps with this kind of thing (and it applies to panty selling platforms as well as Twitter).

Sellers who use emojis to cover everything because they’re not giving it away. And sellers who’re happy to show everything in all its glory!

I’m not here to say what’s right and wrong. I’ve seen super X-rated content on Twitter and clicked through to the seller’s Onlyfans page to see she has hundreds or even thousands of subscribers. So there’s an argument that it works both ways.

But for me, I choose not to show absolutely anything other than a fine ass in a thong. I have shown more in the past and then had a change of heart.

Each to their own!

As for the second part about finding your voice on social media, it’s kind of a thing that comes with more practice.

The more you allow the full expression of you to come out, the more it shows up.

The more you TRUST that what you have to share is worthy of being shared, the more you find that voice inside you.

What do you normally post on social media? Or what things do you like and share? Those are your starting blocks. Of course you aren’t being EXACTLY the same on your seller social as you are on your normal social but in some respects there’s a big overlap if you’re just being you.

Ultimately it becomes a permission thing. You have to give yourself permission to express yourself.

Pretend that you’re actually not on your seller social media but your real one – don’t for the love of god post politics stuff.

This will help you find your vibe and your people.

I’d say that for every ten tweets you do (whether that’s posting or replying to others), only between 1-3 should be an advert for your stuff!

You still want to make sure that guys know you sell so have that in your bio but don’t use Twitter to just post adverts.

Work on creating a consistent brand with your pics – canva is your friend!

Did I mention have fun?

The more you use Twitter the more engagement you get. They’ll suggest you to people and you’ll be up and running.

But yes, share what you want to share in the way you want to share it. Give yourself permission to show up and to hell with what anyone things (you know, within reason – don’t be a dick!). You’ll find your voice the more you use it.

Don’t compare yourself to other sellers and try and be like them. Be YOU!