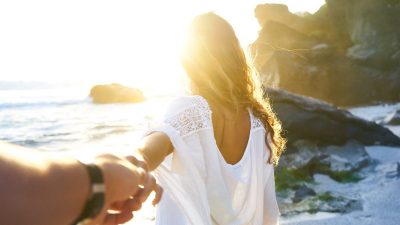 Like anything in life, whenever you find something new and exciting you embark upon a journey.

At first, the terrain is new. It’s exciting and maybe a little daunting and you struggle to learn about what to do and how. You know, like when you learned to drive a car. At first, it was so overwhelming but exciting and scary. Am I right?

And then as you’re going along you start to get the hang of things a little more and you don’t have to try as hard to know what you have to do and it becomes super fun. And far easier.

Then after a while, the novelty wears off. The honeymoon period is over and it’s just kinda…normal.

It’s your new normal state to be able to drive a car or do whatever the thing is.

And THAT is what I’ve experienced recently with used panty selling.

Tomorrow marks the five month anniversary (or pantiversary) since I started selling used panties online and it has been one helluva journey.

I have learned so much. It’s fair to say I had zero understanding of the used panty fetish before embarking on this journey.

I’ve learned about things I didn’t even know were things! I’ve learned a lot about online sales and marketing and everything in between. Oh, and made a fuck tonne of money in the process. Which is nice…

But here’s what I didn’t expect…

This week I kinda hit a lull in my online selling. I guess I kinda lost motivation a bit.

It started me thinking that perhaps my used panty selling honeymoon is over. It’s not as new and shiny as it was when I started out.

Don’t get me wrong, I still enjoy it. It’s just that, it’s lost its sheen a little.

It’s just kinda what I do.

When I first started it felt a little naughty and taboo. Now, men messaging me asking to become my toilet slave is totally run of the mill.

Now being asked about my juices and scent is a normal day.

Now working out if I can squeeze a custom video in before picking up the kids from school is typical.

So what does it mean now I’ve reached this critical ‘end of the honeymoon’ stage?

Well, when I first started I only intended to do it for a few months. So I guess now is crunch time. Do I really want to continue to do this on an ongoing potentially long-term basis?

Am I serious about being a full-time (part-time) used panty seller?

Is this how I intend to make money going forward?

The short answer is yes.

Right now, there are still far more pros than cons. Although, I might want to switch up some strategies that aren’t working for me.

I Quit Panty Selling
Do I Have To Lie About My Used Panties?
What You Need To Get Started Selling Panties