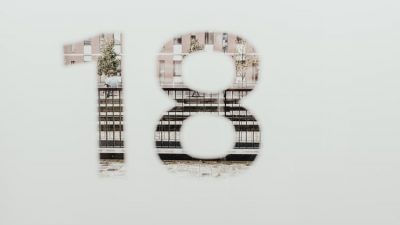 I received this question from a new seller:

I have a question though that I don’t think I’ve come across through your blog if you don’t mind answering. I’m concerned about knowing for sure whether potential buyers are of age? The last thing I’d want is to unknowingly sell to a minor. Do these panty selling sites do anything to confirm whether these buyers are of age? I’m thinking of selling on Pantydeal and Scented Pansy. Any light shed on this issue would be greatly appreciated. Thank you!

Hi love,
Thank you for your message. I did actually talk about this on a YouTube video but I may have deleted it when I went through a crazy not wanting to show my face thing.
The truth is that on a platform guys tick that they are 18 but that means jack shit really. There have definitely been underage guys on platforms. Unfortunately there’s no way to know for sure. It’s not possible for them to pay for your items under the age of 18 (can’t have a PayPal if you’re under age) so that’s an element of security in that you can’t sell to them – unless they stole a PayPal account or credit card.
So that’s another reason I wouldn’t engage in any sexy chat until payment was received.
You aren’t protected by the platforms as they make sure their asses are covered but you could argue that you didn’t knowingly commit a crime based on the fact they shouldn’t be on that site as a minor and the site ought to ensure that.
It’s a bit of a grey area really as to who would be liable should you have sold to or tried to sell to someone who was on a platform under age.
This is more of a problem in KIK groups which is why KIK groups will age verify with ID documents. You don’t obviously want to ID every single person you talk to and they’re not likely to want to do that either – send their ID document to a stranger.
Onlyfans is an age verified site in that subscribers need to upload a bank card in order to follow you – even for free.
I think the other thing to say is that you can largely tell when you’re talking to a young guy. It’s pretty fucking obvious these days. One time when I was convinced I was talking to a young guy I asked him what his favourite band was. He told me he was in his mid 40s so I knew what to expect. When he replied he liked everything it was a red flag and I stopped the conversation. That was someone that approached me outside of a platform so I didn’t have that extra ‘security’. But really, if you think the person is communicating with you and is clearly young, I’d call them out and ask for their ID document.
Be vigilant but don’t rely solely on guys ticking a box on a platform to mean that they are definitely of age.

How Can I Sell My Panties Without Paying The Platform Fee?
Panty Selling Is Addictive
Successful Panty Sellers Know Who Their Buyers Are