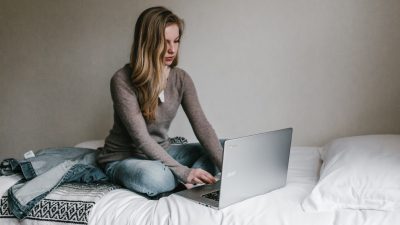 As I discussed on the podcast, it’s easy to think that this is going to a be super quick way to make a lot of money.

And in a lot of ways it is.

And loads of women will want to know how they can do it too!

I was THAT naive woman who didn’t have a clue what she was letting herself in for!

As we know, it takes hard work, dedication and determination to make it in this game. To make money you need to be prepared to work a lot of hours and face a lot of rejection.

But it also takes something more. It will ask a lot of you and your beliefs and opinions. If you’re new to this work and to fetish in general, you’re in for a bit of a shock.

You need to understand and be prepared for the absolute jerks who have no decency and think nothing of degrading or insulting you.

This is the reality of the job and being able to park that away in your brain is a necessity.

The chances are you will become hardened and cynical over time.

You will stop flinching when a guy asks you to play with your own shit or drink your own piss! And worse! (Yes, there is worse than that.)

Everything will just become commonplace and ‘the norm’.

And it’s such a funny space to be in. When I say funny, I mean surreal.

If I knew then what I know now would I have continued in this work?

What I do know is that this work is full-on and will ask a lot of you and that is the reality of panty selling that I want to tell these women about. So that they’re under no misunderstanding about what’s involved.

What Panties Should I Sell Online?
What To Do When Your Sales Are Falling...
Sell More Panties Online