What’s Really Going On When You Undercharge? 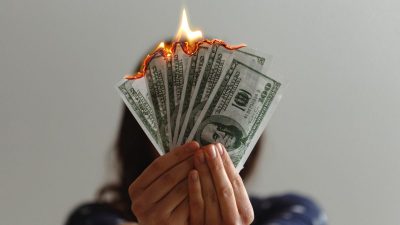 I don’t know about you, but that’s a new world record for me. The cheapest I’ve seen before that was $5.

Now, don’t get me wrong, this is not a ‘hating on other sellers’ kinda post.

It used to make me really frustrated when I saw sellers undercharging to this extent but the more I got to reach out and talk to them, the clearer it became that this strategy is really just an ill-conceived idea that in order to make those first few sales you need to sell cheap.
Super cheap.

Because if you sell cheap, then you will get the reviews (ideally around five to get you started) and THEN you will have made it.
Then you will be a real seller.

And I get it. I absolutely get it.

I’m going to say that if most new sellers don’t act on this false belief they certainly initially think it. Many of us have fallen foul of the idea that In order to get started and get the ball rolling, the best thing is to undercharge. So that we can prove our worth (ironically) and then, then we can join the ranks of the other panty sellers.

But here’s the problem.

If you’re doing it for that reason, you’re really focused on the wrong thing.

Women who go down this route are too focused on the reviews.

If you think about it, it’s no different from any other user of social media who is ALL about the likes and the follows. It’s social proof, yes. But we can become enslaved by those little likes and follows. We can become obsessed by them!

And when we do, we start posting for likes. We do anything for the likes. It becomes that THAT is the most important thing over the content!

And if we don’t get the likes we don’t have the validation that we’re good enough.

I’m guilty of this myself. When I had zero reviews I was beyond desperate for the first. When I had 10 reviews I really wanted 20. When I got 20, I wanted 50. Now I’m approaching 100 the whole numbers game means a lot less to me because in my mind I guess I’ve already ‘made it’.
But what if I felt that way from the beginning?
I might’ve done a few things differently.

But if you’re new, I’d love for you to realise that focusing on that number is focusing on the wrong thing. And under-charging is NOT the answer. It’s ultimately very dis-empowering and unhelpful.

What if, instead of being all about those first reviews you just concentrated on showing up, making great content and reaching out to build relationships with buyers (and other sellers)?

What if instead of pricing super low JUST to get those first few reviews, you made it more about the long-term game?

What if, instead of sellers rolling their eyes when they see another new seller low-balling, they reached out and gave them some tips on how to make the sales without having to undervalue everyone else?

My advice is that even if you are a new seller, you’re still selling AS good a product as anyone else. And with a little thought and effort you can exceed your customer’s expectations and stand out for THAT reason, rather than because you charge so low.

It’s entirely understandable but ultimately a false strategy that just makes things more complicated when you go to increase your prices ten-fold when you feel good enough.

And that’s the crux.

When we undercharge it’s because on some level we don’t feel good enough. We aren’t good enough to charge what the more popular women sell. We need to prove our worth.

And that’s where we need to focus. Because you’re already worth it.

Don’t overthink the reviews. It’s just a number. It’s not where your time and energy should be focused.

And above all, recognise and advocate for your worth. And for existing sellers, we should advocate for the worth of new sellers and create the collaborative and non-competitive culture we are so capable of.