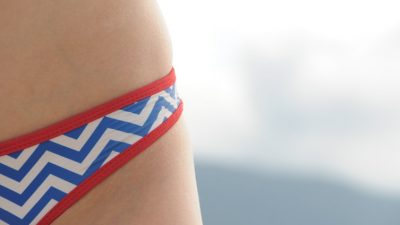 Which panty selling site is the best for selling your panties online? I get asked this question more than any other so I figured, let’s write a blog post about it.

As you know there are new panty selling websites coming out all the time.

It seems that every Tom, Dick and Jane thinks they can set up a site and there are lots of different reasons why they decide to create one.

A lot of people who create sites have come from the industry and want to create one that is better than what they’re used to selling on.

Many have great ideas and manage to create some good sites. The functionality of each differs slightly from site to site with some being easier to navigate and use than others.

And of course, many of the newer sites are advertising free subscriptions to try and lure sellers (and hopefully buyers) to join.

But not every site is great and if you’re new to selling I’d suggest establishing yourself on one of the bigger platforms rather than joining all the free ones – because the reality is, they’re quieter and still need an influx of people. So even though it’s not costing you anything, it’s not really a place you’d spend a lot of time and energy because the return on investment is nominal.

It’s not that I don’t support smaller sites, it’s just that these are better to explore after you’ve made some $$$ on more established platforms.

Ok, so let’s review the bigger ones and give you an idea of where to sell your panties…

In no order whatsoever:

I really like Scented Pansy. The owner/manager is seriously on board with the sellers (check out their interview here) and their support function is the best I’ve seen. They really help sellers and their review system seems fairest of all the sites I’ve been on.

Things I don’t like about Scented Pansy. It’s certainly quieter than some other sites. There are sellers doing really well on their judging by their hundreds of reviews however, sellers and buyers are ranked and I don’t agree with that. I think it means that a lot of sellers are overlooked because they’re ranked in the 400s and that can be crushing when you start out on the site and feel like you’ve got this massive uphill struggle ahead of you.

I like that they regularly ask their customers (sellers) for their feedback and they implement strategies that other sites won’t (like their account inactivity policy for buyers who haven’t been active). They also do charge buyers $8 to access premium functions. I think this is a really good step in the right direction.

There isn’t a social feed area to hang out in and I think that’s a mistake.

They automatically give 10 coins per month to users and I love that. You can use coins to pay for boosted listings or to send to other users or buy gifts (or even items). You can receive cash for your coins too using the Bitwage system.

The price to join is significantly cheaper than other sites at just $8 per month.

Overall, I recommend Scented Pansy but it will require a lot more work than busier sites.

I started out on Pantydeal and it’s where I made most of my money. Their site is probably the biggest panty selling site online in my opinion. They have a lot more people online than other sites I’ve been on but I do feel they skew the numbers. If there are over 2500 people online but only 200 on chat? That seems fishy to me.

There are new sellers joining all the time and there is an argument for whether the site is over saturated with sellers. But that was covered in my podcast about the economics of the industry at large and isn’t of course only Pantydeal’s problem.

This is a reason why most sites won’t charge buyers. They need buyers to buy from the large amount of sellers – that’s their business!

The site’s functionality is good. There are lots of ways to find and interact with buyers (so much so I made a separate training on how I used Pantydeal to find buyers).

It’s more expensive at $19 per month but if you use it right you’ll get more than that back in the first month.

Things I don’t like about Pantydeal. Well, you should listen to my podcast on why I left the site. But the short answer is that their support function absolutely sucks. And I mean seriously sucks. Non existent sucks.

They are also inconsistent in how they deal with sellers. They aren’t good at removing problematic sellers and buyers. They make up rules as they go along. Their contest is always rigged and overall the site is rife with scammers and worse. The review system is a farce. People are scared to leave negative reviews because of revenge reviews and so it’s unreliable. Finally, they send you two fake emails from “buyers” when you sign up to make you upgrade to premium to read them. That’s a scammy move in my opinion.

I have personal differences with the site, which is the reason I decided to leave having hosted their podcast for a few months.

Irrespective of how I feel about them, I’d still recommend it as a site for sellers. Worth the investment if you want to learn how to sell panties.

I’m not recommending Pantytrust to anyone. If you want to know why, watch this video.

It might be a legitimate site but I don’t like them at all. $50 Amazon voucher to join for lifetime membership. Luckily I managed to cancel mine when I saw how terrible it was.

Snifffr is a good panty site.

It’s super quiet, seriously quiet. Whereas Pantydeal might have 200 people on chat at any one time, Snifffr has around 20! So yeah, it’s a lot quieter.

It also has a lot of scammers too. Guys looking for freebies. Again, this is the same on most sites.

I really like the functionality of the site and how easy it is to use. It has a lot of the best bits of the other sites. It does still have the same review system as Pantydeal, which isn’t ideal.

This is one and the same company – due to merge to one site soon. Also owned by Pantydeal.

Easy to use and seems to have a lot of buyers. More expensive at $19.95 per month but seems to have more users than Snifffr and Scented Pansy.

The site seems better suited to EU sellers and buyers, although there are Americans there.

The functionality is similar to Pantydeal but no overview to post to.

I’d recommend this site if you’re in the EU.

These are the biggest sites and the ones I’d recommend first. If you think I’ve missed something out do let me know. These are also just my opinions.